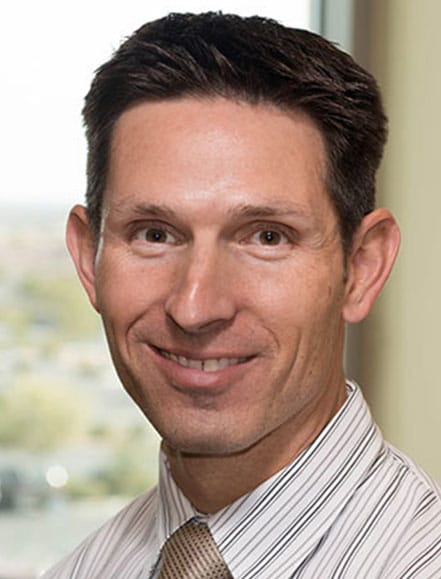 Dr. Randall S. Lomax earned his medical degree from Des Moines University – College of Osteopathic Medicine and Surgery, graduating in the top 5 percent of his class. Dr. Lomax fulfilled his clinical rotations in Cleveland, Ohio under the direction of The Heritage College of Osteopathic Medicine at Ohio University. He completed his general surgery emphasis internship followed by an otolaryngology/facial plastic surgery residency at Des Peres Hospital in St. Louis, Missouri.

Dr. Lomax received his undergraduate degree in exercise physiology from Brigham Young University in Provo, Utah, with a minor in Italian.

A native of Salt Lake City, Dr. Lomax returned to the West to open Advanced Ear, Nose & Throat – Head and Neck Surgery in 2009. He has been married for 20 years and is the proud father of two children. He enjoys spending time together as a family, especially watching his son play baseball and his daughter dance. He participates in endurance events and has become an avid triathlete since moving to Las Vegas. He completed his first full Ironman in November 2015 and continues to compete in events each year. He also enjoys watching and attending sporting events and is a fan of the BYU Cougars, his alma mater, and the St. Louis Cardinals.